SLIDELL, La. — A Slidell man is facing multiple charges after violently fighting and attempting to disarm a Slidell Police officer Thursday evening, according to Slidell Police. 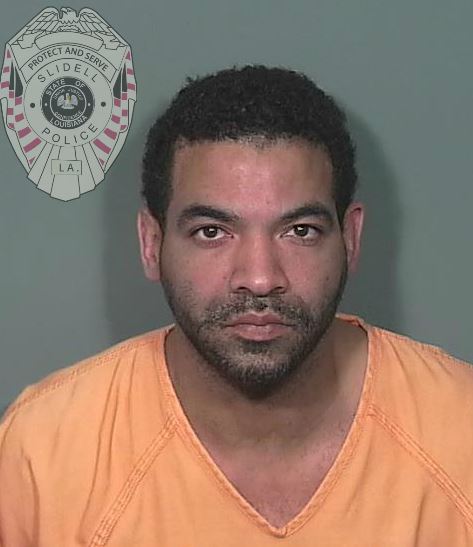 Police said an officer was working a security detail at Walmart on Natchez Drive about 8 p.m. when he attempted to stop 37-year-old David Lewis for shoplifting.

As the officer was attempting to stop Lewis, he began violently fighting with the officer. Lewis began to kick and punch the officer as they fell to the ground. The officer’s police radio was pulled from his belt during the struggle, preventing him from being able to call for help.

A Good Samaritan saw this, took the radio, and was able to activate the officer’s emergency button, which alerted other officers of the distress call.

During the struggle, Lewis attempted to disarm the police officer by trying to pull the officer’s gun from his holster. Seeing the officer struggling to subdue the suspect, two other Samaritans jumped in to help. After backup officers arrived, Lewis was ultimately handcuffed and taken into custody.

“Normally it’s our citizens calling for help, but in this case, one of our officers needed help,” Chief Randy Fandal says. Several good citizens answered the call and put themselves in harms way in order to assist. This is why we love our community. It makes it much easier to protect and serve knowing the citizens of our city have our backs.”

Lewis is facing the following charges: Theft, Resisting an Officer by Violence, Disturbing the Peace by Public Intoxication, Battery on a Police Officer, and Attempting to Disarm a Police Officer.

No one was seriously injured during the incident.