SLIDELL, LA — The Saint Tammany Parish Sheriff’s Office announced the arrest of a suspect on Tuesday in a shooting investigation.

Lafitte is accused of shooting a 16-year-old on Sunday on Laurent Road.  Deputies say the attack happened at about 11:00 that night.

The teen was hit in the hip.  At last word, he was hospitalized in critical condition. 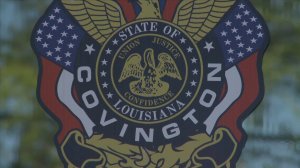 According to the STPSO, Lafitte arranged to meet a group of young people at an address after exchanging social media threats with one of them.  As the group drove down Laurent Road, deputies say Lafitte opened fire on their car.

After the shots were fired, the group drove the car to a nearby home where they called 911 for help.

‘I applaud the detectives who tirelessly worked this case and successfully took this very dangerous individual off our streets within 48 hours of the crime being reported,’ Sheriff Randy Smith said in a written statement announcing the arrest.  ‘Our prayers go out to the victim and his family as he faces a difficult road to recovery.  Violence like this will not be tolerated in St. Tammany Parish and the men and women of the STPSO will continue to work and remain vigilant to see that those who perpetrate violence are arrested.’

Lafitte faces a list of charges including aggravated second degree battery and aggravated assault with a firearm.  Deputies say Lafitte also faces charges of criminal damage to property, violation of a protection order and other charges in connection with an unrelated case.