Prosecutors say 33-year-old Demond Boutte could have been convicted of murder or manslaughter at trial. 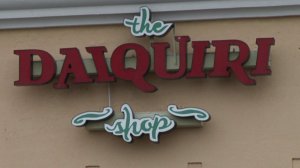 On January 26, 2015, prosecutors say the victim in the case, Calvin Everette, was talking on his cellphone while leaving The Daiquiri Shop in the 5700 block of Crowder Boulevard when Boutte approached him with a 9mm handgun and shot Everette three times in the back.

According to prosecutors, NOPD officers were working a detail at the business at the time and apprehended Boutte, with blood on his shirt, within 90 seconds of the attack while still in the parking lot.

“This was a brazen criminal act.  With today’s plea, the family of Calvin Everette as well as all the citizens of New Orleans can know that this defendant will be off of the streets for a very long period of time and until he no longer poses a violent threat to this community.”                       -Leon Cannizzaro, Orleans Parish District Attorney

Prosecutors say Boutte will receive a 40 year prison sentence, the maximum for a manslaughter conviction.