CUT OFF, La. – A traffic stop in Lafourche Parish ended up in the seizure of two assault-style rifles, two handguns, a shotgun, over 5,000 rounds of ammunition, just under one pound of marijuana, methamphetamine, LSD, MDMA, and cocaine.

The agents found marijuana, THC wax, and drug paraphernalia inside Domangue’s vehicle at the time of the traffic stop.

A search of Domangue’s home on West 126th Street turned up 448 grams of marijuana, nine grams of THC wax, 208 doses of LSD, 13 doses of MDMA, 0.5 grams of methamphetamine, 0.5 grams of cocaine, two handguns, two rifles, one shotgun, and approximately 5,000 rounds of ammunition, according to Webre. 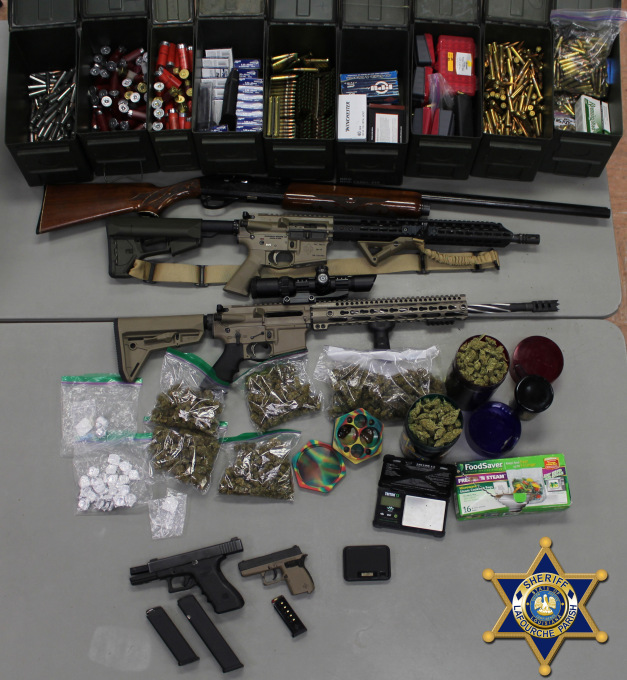 His bond is currently set at $45,500, but additional charges could be forthcoming, according to Webre.

Louisiana State Police have arrested an officer accused of driving drunk in his cruiser then becoming combative with emergency crews who responded when he crashed.

An arrest warrant says 30-year-old Dave Davis was driving his unmarked Baton Rouge police car Sunday when he ran a red light and crashed into another driver.

Michael Avenatti is convicted of trying to extort Nike

Cruise stranded by virus fears ends with roses in Cambodia