MARRERO, LA -- The Jefferson Parish Sheriff's Office says it has arrested a suspect in a recent arson investigation.

The crime happened on  Wednesday, September 19, at the Walmart store in the 4800 block of Lapalco Boulevard in Marrero.  Deputies say a man entered the store at about 8:40 that morning and  wandered the aisles aimlessly for about 30 minutes.  Then they say he started a fire in the  seasonal section of the store which was full of Halloween merchandize.

Deputies released security camera footage of the suspect as well as the car they say he used to make his getaway.

The suspect who was arrested in the case is identified as 18-year-old Jerrold Jackson of Marrero.  Deputies say Jackson surrendered after he was encouraged to do so by his family members who saw the security camera footage in media reports. 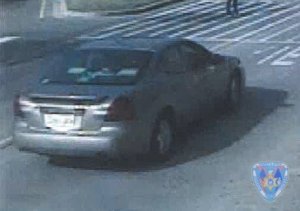 But the case isn't entirely closed.  While deputies have a pretty good image of the car that they say Jackson was using, they don't know who was driving it.

ELK GROVE, Calif. (KTXL) -- A California mother was still visibly shaken Thursday after she and her 3-year-old daughter were attacked Wednesday night in the parking lot of their Elk Grove apartment complex.

“Once he started running towards us I was like, ‘What's happening?’ in my head,” said Kim Santos.

Shortly before 1:00 a.m. on Wednesday, September 23, Thibodaux Police Officer’s on patrol observed a vehicle parked in the drive-thru of a closed business in the 1100 block of Audubon Avenue.

COLORADO SPRINGS, Colo. (KXRM) - Thirty Chihuahuas were found in a Colorado Springs apartment garage after their owner was evicted Wednesday, according to the Humane Society of the Pikes Peak Region.

Officers said the dogs were living in crates in the garage.

Look up! Up there! It’s the moon

Thibodaux man arrested for threatening a witness in a murder trial

Louisiana man arrested after threats made to a postal worker