NEW ORLEANS — The New Orleans City Council is raising the fine for blocking or parking cars in the city’s growing network of  bike lanes.

For years, the fine has been $40.  But Councilman Jay Banks is leading the effort to increase the fine to $300.

“It needs to be that high.  This is a public safety issue,” Banks told WGNO.  “You will never be affected by this fine if you do not park in the bike lane.  It could have been a million dollars, and it won’t affect you.” 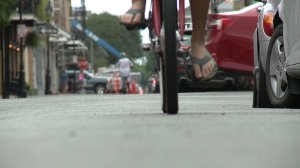 The city is ramping up its effort to make the streets safer for bicyclists.  Along with the 100+ miles of bike lanes, the city has a $2.6 million grant to do more infrastructure work.  Also, some city officials recently returned from a trip to Spain to see how bicyclists are allowed to ride safely in some of its busiest areas.

The increased effort is a response to a growing need.  Over the past few years, the city has scattered rental bikes at stations around the city, and events like Bike To Work Day get more people involved in peddling their way around town.

But for every bicyclist who has been angered by a driver’s actions, there could very well be a driver who has had a similar experience with a bicyclist who hasn’t obeyed the rules of the road.  Banks says that the bike riders share the responsibility of making sure the streets are a safe place for everyone’s commute. 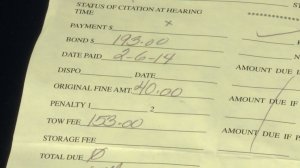 “This is not about one side or the other.  This is about all sides,” Banks said.  “We’ve got to make sure that everybody on the streets understands that they’ve got a responsibility  to operate whatever they’re on safely.”

The council was set to vote on the fine increase during its meeting today, March 28.  All 7 council members are listed as sponsors.  Should the vote be postponed and addressed at a future meeting, it appears to be a foregone conclusion that it will have the entire council’s support.

Meditation for a Fighting Spirit

Man hits wife with bat while she sits in recliner