NEW ORLEANS–  The buzz is building for Louisiana native Laine Hardy who is now in the Top 6 on “American Idol.”

In Livingston Parish where Hardy grew up a local BBQ joint is showing their support for the 18-year old star.

Wayne Henderson the owner of “Wayne’s BBQ” said that he’s known Laine since he was a baby.  He said the Hardy’s have been coming to his restaurant for years. 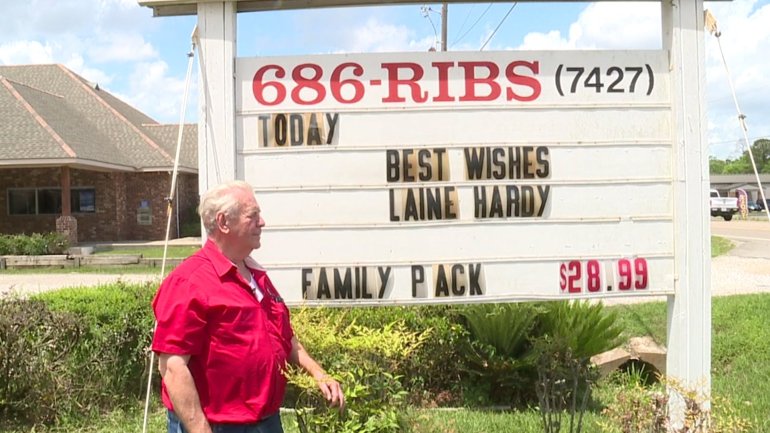 To show his support for Laine and his journey on “American Idol,” he put a sign up that reads, “Best Wishes Laine Hardy.”

“I think having Laine on American Idol is a huge boost to our little city.  He’s a country boy from 10 miles down the road.  he’s made world and national news.  We are so proud of Laine.  He represents us so well,” Henderson said.

You can watch and vote for Laine Hardy on “American Idol” right here on WGNO on Sunday night.