METAIRIE — “Six out of ten crashes are caused by some form of distraction,” Don Redman, spokesman for AAA Louisiana.

And for teens, the number one distraction behind the wheel may not be what you think.

It’s not your cellphone, it’s other passengers.

And yes, the cellphone is the number two culprit that affects both teens and parents. We don’t just use our phones to talk anymore, it’s a form of “infotainment,”our go-to for music and oftentimes our GPS.

“What you’re doing behind the wheel in the next couple of years, your young driver is going to be doing the same thing,” says Redman.

Talking on the phone while driving is legal in Louisiana, but it’s ill advised. Making a simple phone call doubles your chance of getting into a fatal crash and while reports show about 14% of all crashes are related to distractions, Redman says that percentage is likely much higher.

“I think again, we’re going to be looking at more, at 50-60% percent of it. -the cause of crashes because of distractions. People lie when they say what they were doing at the time of the crash, but a lot of these cases we can see where the breaks were never applied at all which tends to indicate that they were distracted, they were looking at something, reading something and never even hit the brakes,” says Redman.

But Louisiana House Bill 619 aims to help. The bill intends to ban the use of hand-held devices while driving. And while Redman says it’s an uphill battle, it’s one we must continue to fight.

“Hands-free and hand-held are just as equally dangerous. We have that perception that if I’m hands-free, than I’m safer. But you know, that first step is to get people to put that device down. That voice to text is just as complicated as trying to text it yourself manually, so we just really want people to just drive,” says Redman. 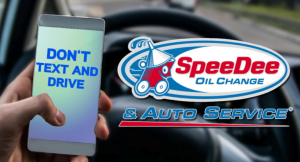 Our coverage is brought to you by SpeeDee Oil Change and Auto Service. Click here to be redirected to their website.

The Convent Senior Center is now operating as a temporary Disaster Recovery Center (DRC) seven days a week from 9:00 a.m. to 6:00 p.m.

New Orleans (WGNO) — Preservation Hall musicians do more than perform for an audience.

They're also teaching music students-- including students with disabilities-- how to play a musical instrument.

HONOLULU, Hawaii (BRPROUD) — Two Louisiana men are behind bars after trying to enter the Aloha State without "proof of a COVID-19 test result upon arrival and not having a location to quarantine."

According to police records, 26-year-old Hunter Lowe and 49-year-old Brandon Boone were arrested following the incident.

Fall is in the air Wednesday!

Package deliveries returning after Hurricane Ida; so are porch pirates

Imagine an insurance non-renewal, even before your hurricane damages are paid

UPDATE: STPSO reports missing girl and mother in Mandeville have been located