Skip to content
Watch Now
Watch Now
News With a Twist at 6 p.m.
This is an archived article and the information in the article may be outdated. Please look at the time stamp on the story to see when it was last updated.

NEW ORLEANS (WGNO) – It has never been in the 90s on October 19th in the city of New Orleans since record-keeping began. Until today that is. The previous record high of 89 was shattered when we hit 92 degrees at 11:55 a.m. Thankfully clouds began to roll in, otherwise it could’ve been a few degrees hotter.

This is the 6th time a record has been tied or broken since Fall began less than a month ago. The reason temperatures are well above average, and near record breaking most days is because an area of high pressure has set up in the Western Atlantic Ocean near the Bahamas. The clockwise flow around the high means our winds are warm/hot and flowing up from the south. This is helping to heat things up, especially at the surface. 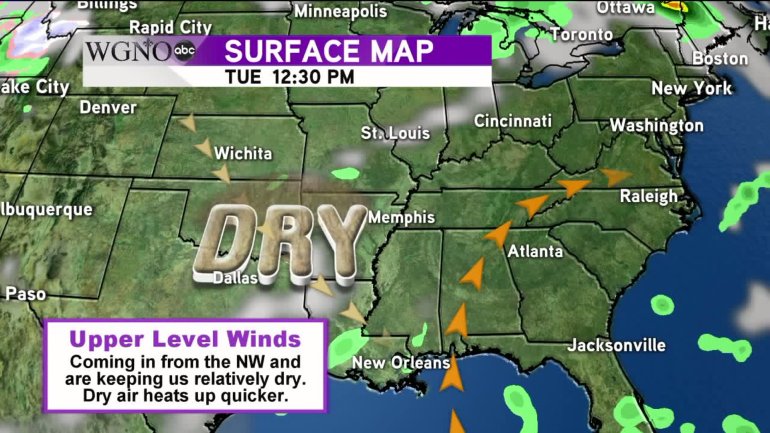 This is a typical summer set up, but we don’t have the typical summer pop-up storms. Why is that? Well, while the high is giving us some moisture at the lower levels with the southerly winds, the winds higher up in the atmosphere actually aren’t coming from the south, they are coming in from the northwest. These northwest winds are much direr and are limiting the amount of moisture and showers have to work with. This drier air also heats up quicker meaning even hotter air in the middle levels of the atmosphere.

The good news is a cold front is expected to break this pattern down. Arriving late Thursday, the front is expected to sweep though the area and clear out the hot air currently in place. Once the front passes through, expect temperatures to drop by about 15-20°. This means highs will return to the 70s on the North Shore and possibly in New Orleans as well. If New Orleans does indeed top out in the 70s, it will be the first time since May 6 that we’ve done so. 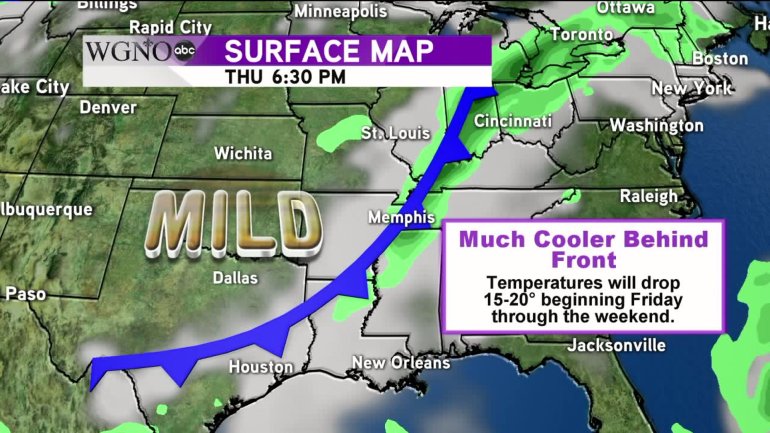 Morning temperatures will also see the plunge. By the weekend, we’ll be waking up in New Orleans in the 50s and possibly even some 40s on the North Shore. So it looks like you might just have the chance to enjoy that morning cup of coffee on the porch with a slight chill in the air in just a few more days.

TULSA, Okla. (WNCN) -- Authorities in Tulsa, Oklahoma are looking for the person responsible for a dog that was left abandoned with its ears glued down and legs strapped together.

According to a Facebook post by the Humane Society of Tulsa, the dog named Atlas was found with both back legs strapped together and unable to move from the field that he was dumped into.

Disney's Magic Kingdom in Orlando may be known as "The Most Magical Place on Earth," but for some visitors riding the Jungle Cruise on Thursday, the experience was a bit less magical and a lot more wet.

The ride takes passengers on an adventure through the world's exotic rivers with a humorous skipper as the guide. But around noon, one of the boats started taking on water while passengers were on board.

(CNN) -- A woman has died after taking a single sip of wine laced with the drug MDMA, prosecutors in the Belgian city of Antwerp have said.

The unnamed 41-year-old woman from the town of Puurs collapsed in December after drinking the wine, which prosecutors believe had been pumped full of MDMA by drug traffickers.