Three of the five police officers killed in the past nine days across the US each leave behind two children. A fourth was a young police academy graduate who was about to hit the streets on her own. Another had joined his department a little over four years ago.

Here’s what we know about the officers.

He’d been with the department less than five years

Multiple shots were fired during the incident, and the suspect initially barricaded himself inside the home, police said.

“I would like to extend our deepest condolences to the family and friends of Deputy Chisum,” Standard said. “Deputy Chisum dedicated his life to the service of his community. His legacy and sacrifice will forever be remembered.”

The suspect in the shooting, 42-year-old Nathan Woodring, was arrested later Wednesday, the Illinois State Police said in a statement. 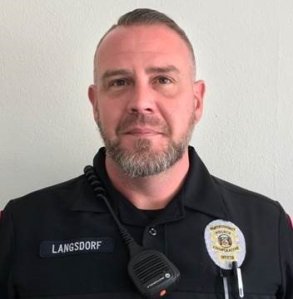 North County Police Cooperative officer Michael Langsdorf was shot and killed Sunday, while responding to a call of someone trying to cash a bad check, the cooperative said.

Police later arrested 26-year-old Bonette Kymbrelle Meeks and he was charged in the officer’s death.

“Meeks was also charged with Armed Criminal Action, Unlawful Possession of a Firearm and Felony Resisting. Meeks remains in custody with NO BOND ALLOWED,” police said.

Meeks has an “extensive criminal history” and is a “multi-convicted felon” in another state, said the police cooperative, which operates in the St. Louis, Missouri, surrounding area.

The 40-year-old police officer had “17 years of prior police experience,” the cooperative said. He was engaged to be married, leaves behind two children and “an enormous amount of friends and family.” 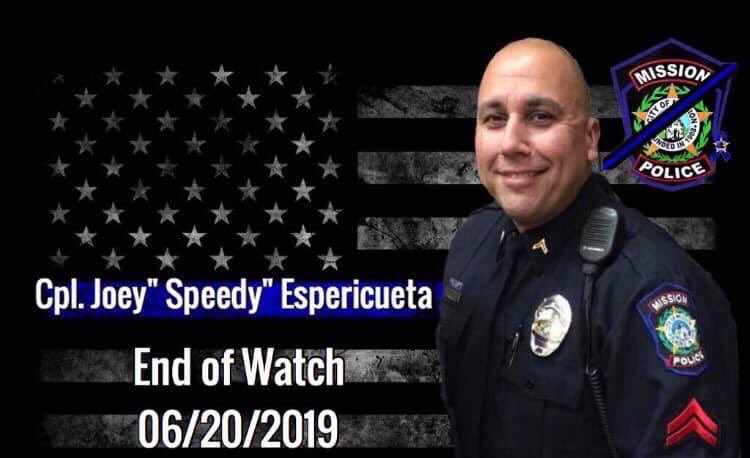 The department’s first in nearly 40 years

Mission Police Department’s Cpl. Jose “Speedy” Espericueta was responding to an assistance call from another officer Thursday night in Mission, Texas, when he was gunned down by a fleeing suspect, after a woman said he had shot at her car.

“Our officers, as well as everyone in the line of duty, work in an incredibly difficult environment,” Police Chief Robert Dominguez said during a press conference Friday. “At times, as we see today, this environment can be extremely dangerous.”

Espericueta had recently received a Meritorious Service Award after saving an elderly woman from a burning house, according to CNN affiliate KGBT.

He was the department’s first officer killed in the line of duty since December 1978, the chief said.

Espericueta leaves behind a wife and two children.

An officer fresh out of the academy

Sacramento police officer Tara O’Sullivan lay bleeding for nearly an hour on Wednesday as her fellow police officers battled a gunman after responding to a disturbance call.

The suspect shot O’Sullivan as officers were at the scene accompanying a woman who went back home to grab her things. Believed to have been armed with a rifle, the suspect continued shooting and the remaining officers had to take cover.

Before attending the academy, O’Sullivan studied child development at Sacramento State and was in the first graduating class of the Law Enforcement Candidate Scholars’ Program, which emphasizes inclusion and cultural competence in law enforcement, mayor Darrell Steinberg said.

The 26-year-old had just graduated from police academy and soon would have hit the streets on her own. 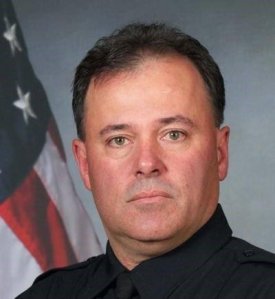 Authorities in Wisconsin are offering $78,500 for any information that leads to the arrest and conviction of the suspect who shot and killed Racine Police officer John Hetland, the Kenosha Sheriff’s Department said.

Hetland was off-duty but tried to intervene in a bar robbery around 9:40 p.m. on June 17. The suspect opened fire and fatally injured him, according to the Officer Down Memorial Page.

The suspect fled the scene, the sheriff’s department said.

“Kenosha Sheriff’s Department investigators are asking residents and businesses within a one-half mile radius of Teezers Bar to check their backyards, alleyways, and properties for anything they may consider suspicious or strange, this could include clothing, a weapon, or any other object they think may be suspicious,” the department said on Facebook.

Hetland leaves behind his two children and parents, according to the memorial page, was prepared for retirement after serving with the department for 24 years.

PINE BLUFF, Ark. (KARK) – A teenager was seriously injured at school when some of his classmates used him in a dangerous viral prank that’s called the “Skull Breaker Challenge” on TikTok.

The challenge involves three people lining up to jump, but instead of the two people on the outside jumping, they kick the middle person’s legs out from under them.

While most babies come into the world kicking and crying, Isabela Pereira de Jesus took a different approach when she was born on Feb. 13.

NORWALK, Ohio (WJW) - A photo showing a dog joining his best buddy during a timeout has gone viral.

Jillian Smith, of Norwalk, said that last month, her 3-year-old son, Peyton, got into a fight with his 5-year-old sister, Ryleigh. He had two choices: Go to his room or stand in timeout.