SHARE
This is an archived article and the information in the article may be outdated. Please look at the time stamp on the story to see when it was last updated.
UPDATE: Police have released the name of the man they say is responsible for this disaster. Twenty-five-year-old Neilson Rizzuto was arrested on several charges. He has been released on $125,000 bond and is now under house arrest, according to the NOPD. 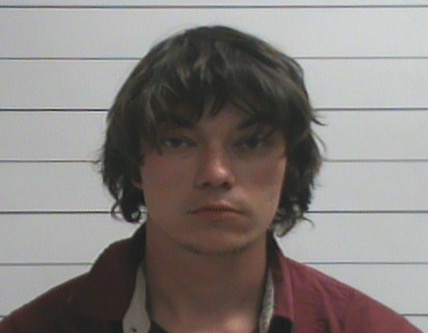 NEW ORLEANS (WGNO) – A vehicle plowed into a crowd of people at the intersection of North Carrollton and Orleans. The people were watching the Krewe of Endymion’s parade, which draws one of the biggest crowds of Carnival. NOPD Chief Michael Harrison said 21 people have been taken to University Medical Center and nine other hospitals. Seven others declined medical attention. A suspect driving the pickup truck is in custody. The driver was driving on the opposite side of the parade on Carrollton and lost control of his vehicle. He hit a number of vehicles then drove over the neutral ground and into a crowd of people before crashing into a sanitation truck. He struck a number of pedestrians. One police officer was struck by a vehicle. She was injured but in good spirits, Harrison said. Her injuries don’t appear to be life-threatening. The ages of the victims range from 3 or 4 years old to people in their 30s or 40s. The youngest seems to be in good condition. Police suspect the driver was highly intoxicated. Mayor Mitch Landrieu said at the scene that this is the second incident today along the Mardi Gras parade routes, referencing a shooting at the corner of St. Charles and Napoleon earlier today. “There are hundreds of thousands of people that have been enjoying themselves,” Landrieu said. “If you see something, say something. This is a very difficult situation to an otherwise beautiful day.” A firefighter at the scene says EMS and firefighters arrived almost immediately after the crash.  They began using c-collars and spine boards to transport the most seriously injured to area hospitals. Emergency responders in the city have a plan for cases like this, which are categorized at mass casualty incidents.  They practice for such an incident, and one firefighter at the scene said the practice paid off because the injured were very quickly assessed and transported. At the time of the incident, the Endymion parade was rolling down one side of North Carrollton Avenue.  The other side of the avenue is left open for traffic.  The neutral ground between was packed with thousands of people watching the parade pass. Asked whether the city should have had the other side of North Carrollton closed, Landrieu said it’s something the city already does on the Uptown route. It’s something they will have to consider after tonight’s horrific crash. Harrison does not believe it was a terrorist attack, but a highly intoxicated person.  The FBI is also aware of the situation.  The bureau’s spokesman, Craig Betbeze, issued the following writing statement.

“The FBI New Orleans Division is aware of the mass casualty incident that happened along the Endymion Mardi Gras parade route this evening in New Orleans. We are currently coordinating with our federal, state, and local law enforcement partners to determine whether a federal violation has occurred.”

Cheney says he’s not choosey when it comes to support

Respiratory Illnesses On The Rise at Children’s Hospital …

Respiratory Illnesses On The Rise at Children’s Hospital …

Guinness World Record set for most models on fashion …

Cheney says he’s not choosey when it comes to support

Rise in respiratory cases in children