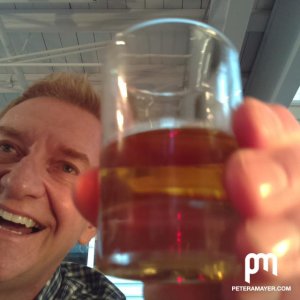 WGNO News with a Twist features guy Wild Bill Wood says the celebration is especially spirited on the day that’s really the one and only National Bourbon Day, that’s June 14.

There’s just something about bourbon that gets people going. Sales are soaring across America.  Maybe because bourbon is truly an all-American whiskey.

When people think about bourbon, they usually think about the American South. Bourbon goes back to Kentucky and the 1870s.

On May 4, 1964, the US Congress recognized bourbon whiskey as a “distinctive product of the United States”.  You can make bourbon anywhere in the United States, but most brands are still brewed right in Kentucky.

By the late 1800s, there were hundreds of bourbon distilleries across Kentucky.

Raise your glasses and say cheers to the drink that’s a recipe of corn, limestone, white oak, fire and time.  That’s lots and lots of time.

People like bourbon because it goes with everything. It’s authentically American.  It’s a decidedly grown-up kind of drink.

When you think of bourbon, think Manhattans or Sazeracs or even with a splash of ginger ale.

Celebrities who tested positive for coronavirus

(CNN) -- A growing number of actors, musicians comedians and others in entertainment are opening up about their personal experiences after a COVID-19 diagnosis, citing their desire to encourage people to heed social distancing guidelines.

Tom Hanks and his wife Rita Wilson were among the first to take to social media to talk about their diagnosis and recovery.

7 tips to survive working from home with your spouse

(CNN) -- Workers across the country are sharing a new office with a new co-worker: their significant other.

Working from home with your partner might be fun for a few days (Lunch dates! Early dinners with no commutes!), but it could become a strain on your relationship after a while.

(CNN) -- Parents working nine to five -- now from home, amid the coronavirus pandemic -- will soon get some help in entertaining their kids, thanks to country music superstar Dolly Parton.

The nine-time Grammy winner said beginning this Thursday, she will read bedtime stories to children in a new virtual series called "Goodnight with Dolly."