Here’s a town filled with pleasant surprises! The shipbuilding industry is the economic force that drives Pascagoula, Mississippi, but tourism is on the rise, and there are plenty of reasons to put this road trip on your summer  “To Do” list. Here are 10 things you can do on this Beaches & Towns vacation:

1. Listen to the crickets 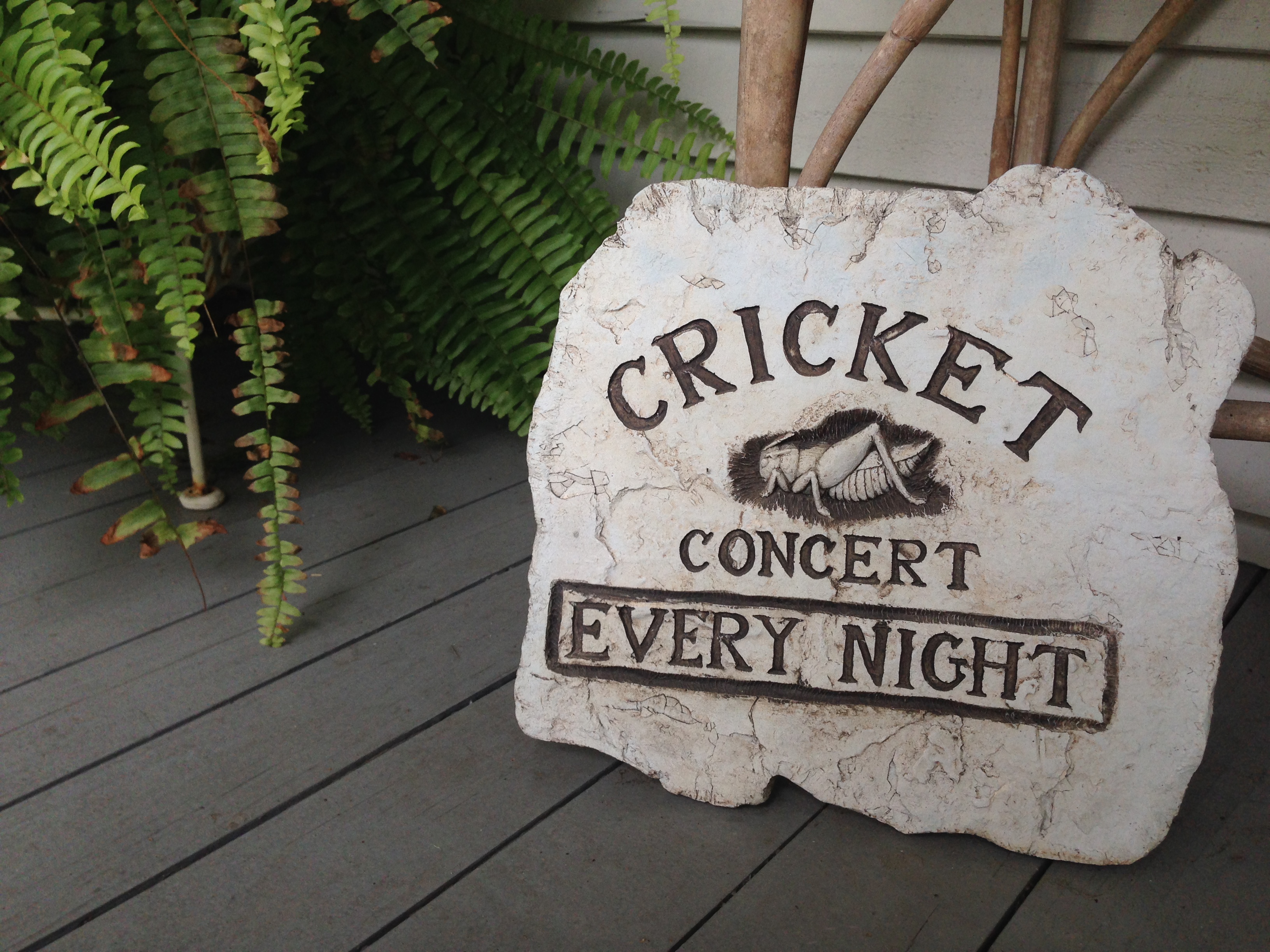 There’s a peaceful side to Pascagoula that makes it a fabulous place to catch your breath and reconnect with nature. This cricket concert sign sits on the porch at the Grand Magnolia Suites and Ballroom — Pascagoula’s only bed and breakfast, built circa 1894. 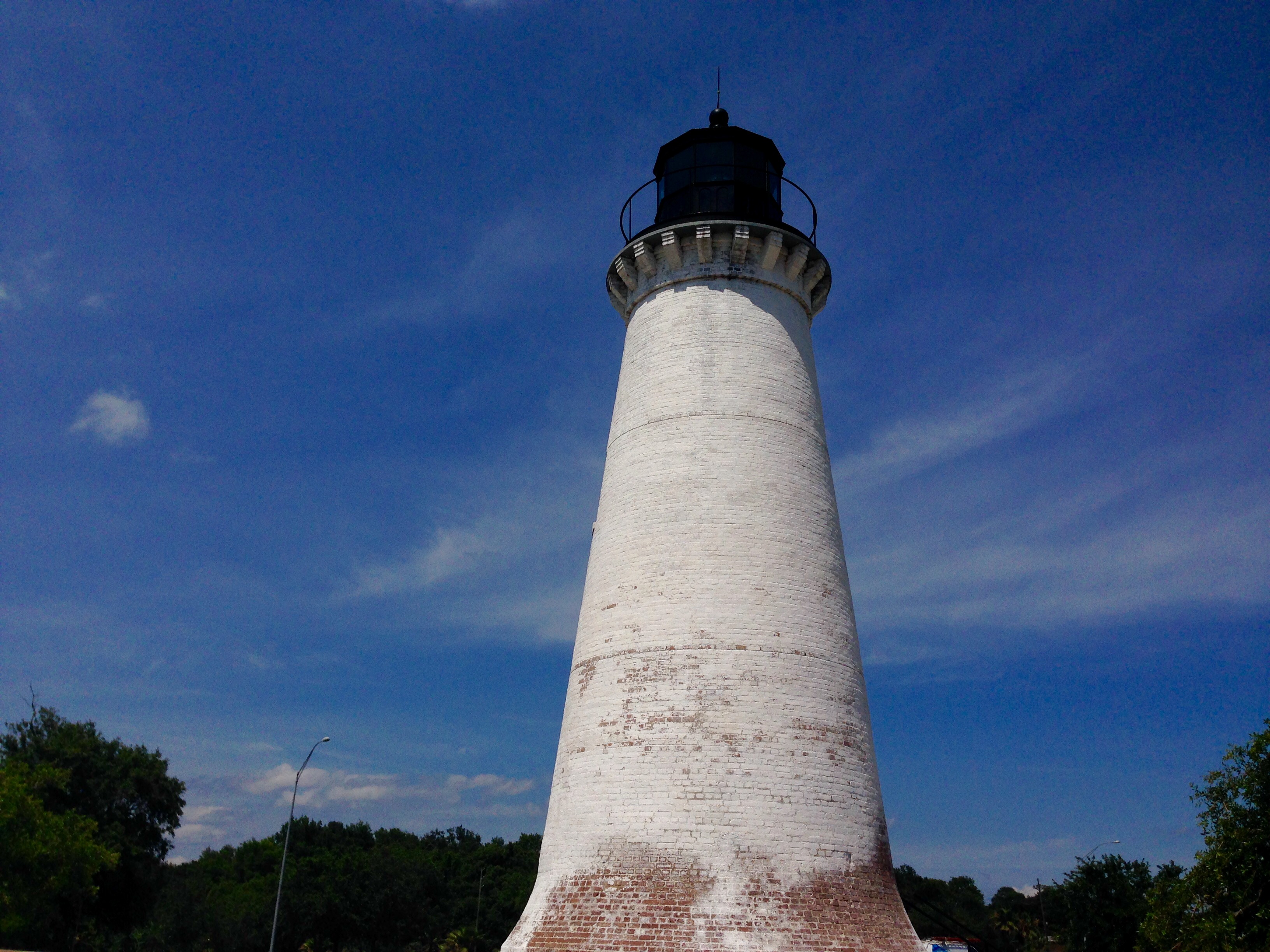 The Round Island Lighthouse now sends out a welcome instead of a warning. The original sat on the piece of earth it was named for, a barrier island about four miles south of Pascagoula. Hurricanes and time took a toll on the 19th-century structure, and in 2010 the base was moved to its current location at the Highway 90 entrance to Pascagoula.

The completely restored lighthouse is symbolic of the city’s maritime heritage and is open for tours on Fridays and Saturdays from 10 a.m. until 5 p.m. 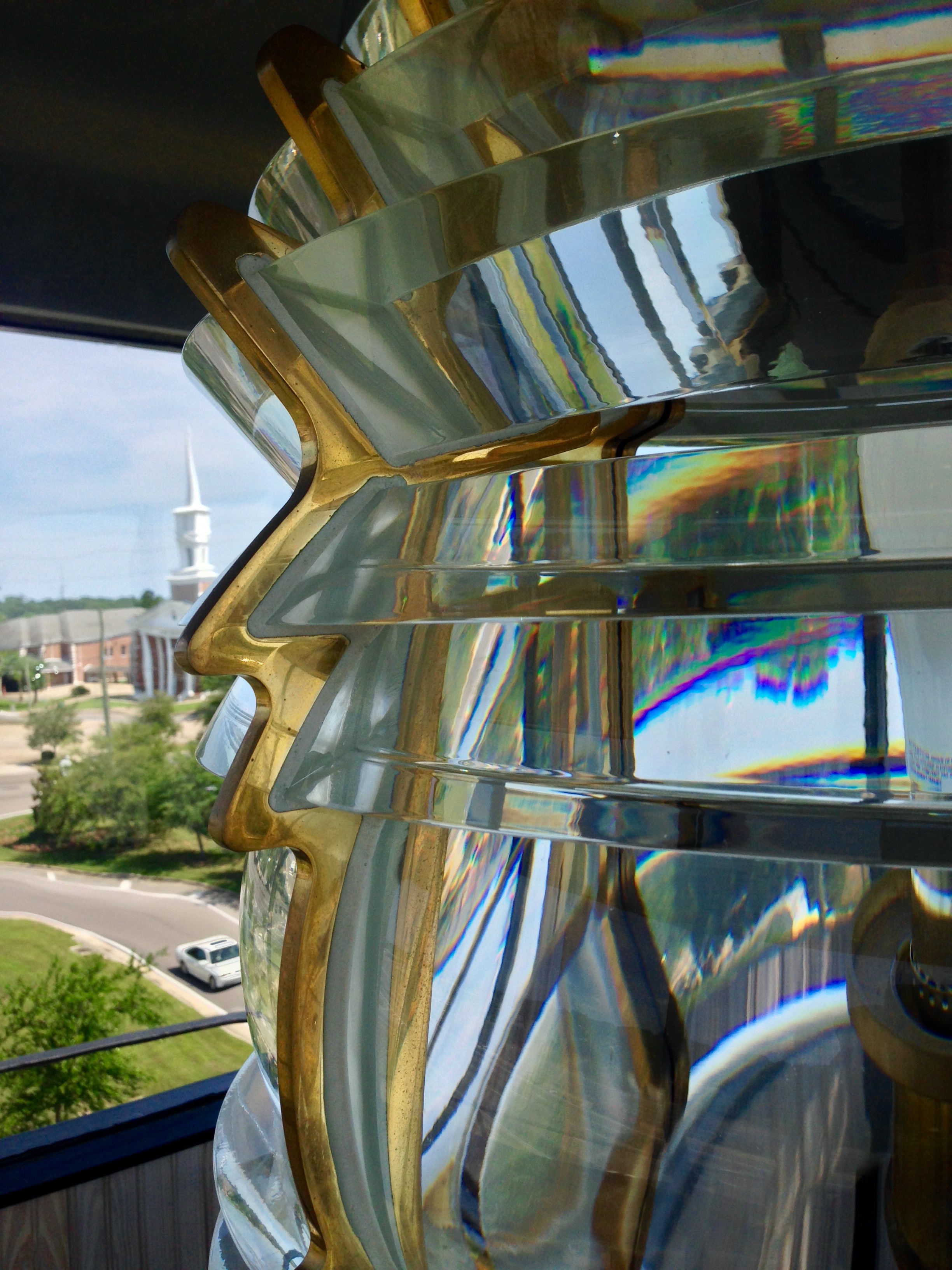 To be honest, the view from the top is mostly highway — but the gorgeous replica of a Fresnel lens is worth the climb.

Restoration of the lighthouse cost around $1.6 million. Local families purchased sponsorships for bricks, views and parts of the beautiful interior. The spiral staircase is made of heart pine wood steps.

4. Set your own course 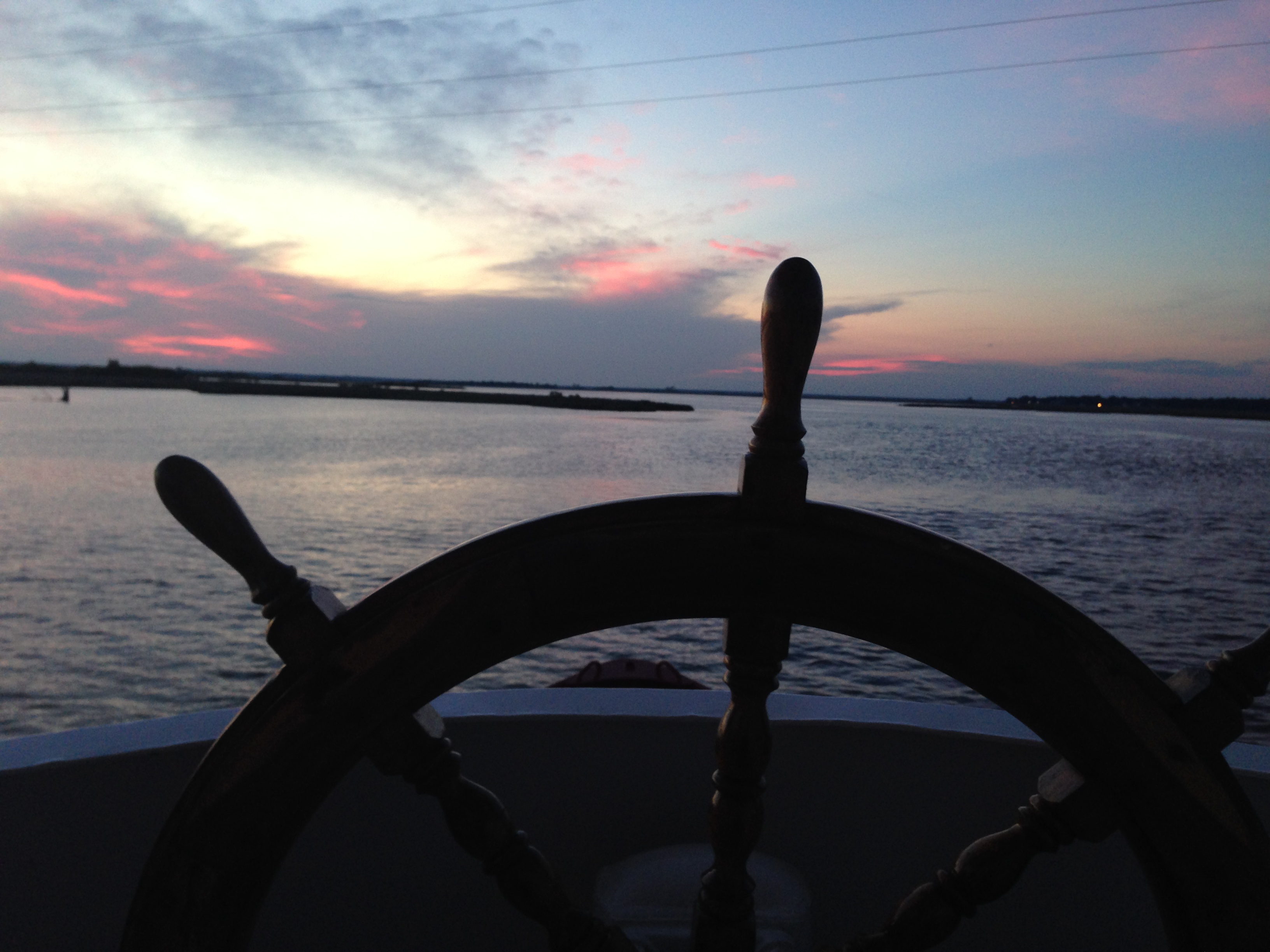 Getting out on the water is the best way to enjoy the seafaring atmosphere of Pascagoula. Friendly  locals gladly showed us just how gorgeous their city gets when the sun goes down. We were lucky to enjoy a sunset cruise with the owners of the We Did It, John and Toni Lindgren.

We were reminded of the familiar saying, “Red sky at night, sailors’ delight. Red sky at morning, sailors take warning.” 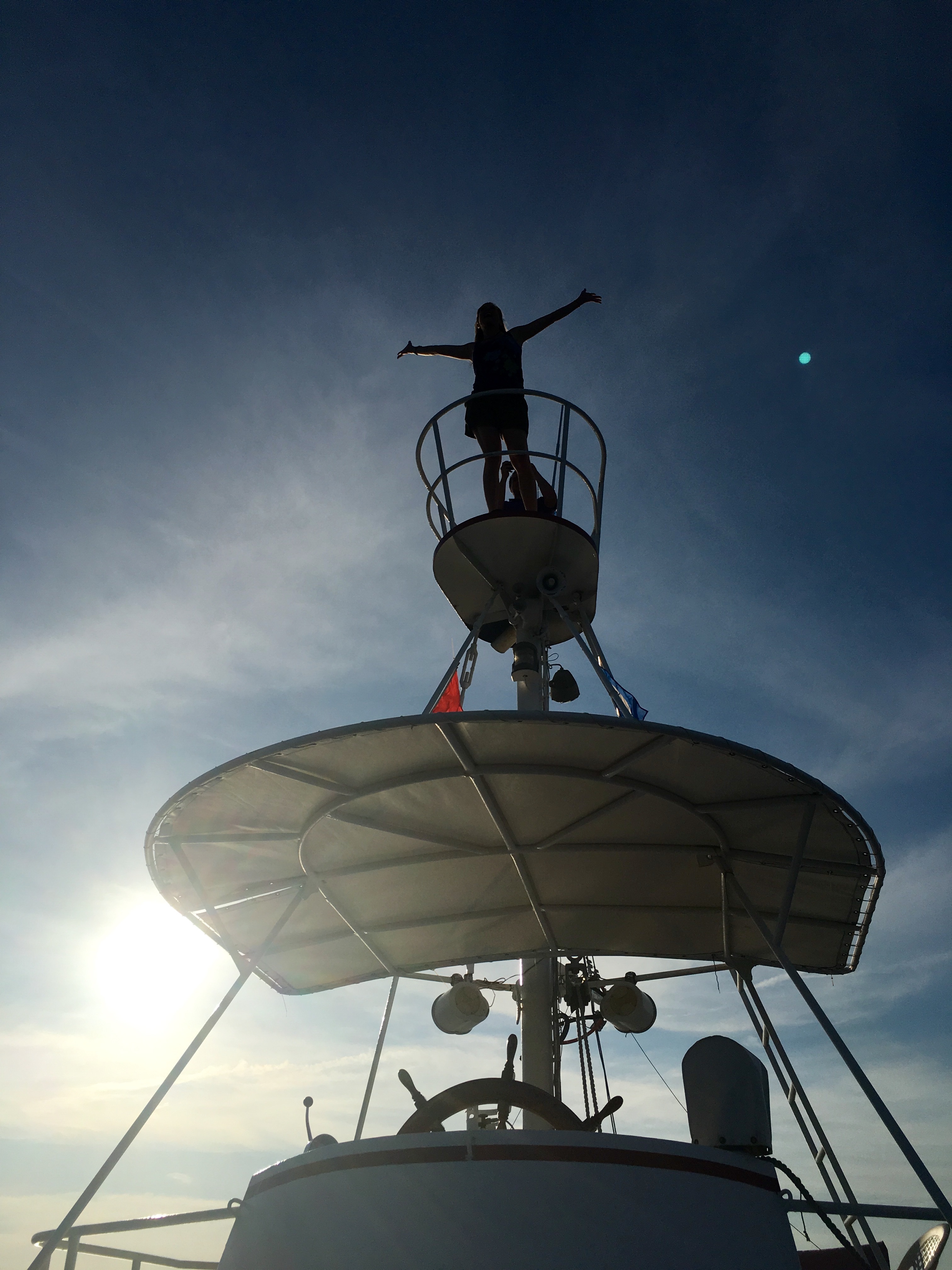 Okay, so it may not look like Titanic proportions, but it sure felt that way! Standing in the crow’s nest while the We Did It sailed along the Pascagoula Coast was breathtaking — literally! But leaning against the rail and taking the famous “King of the World” stance was a must, despite my hesitation.

When a destination inspires you to push your limits, you know you’ve found a special place. 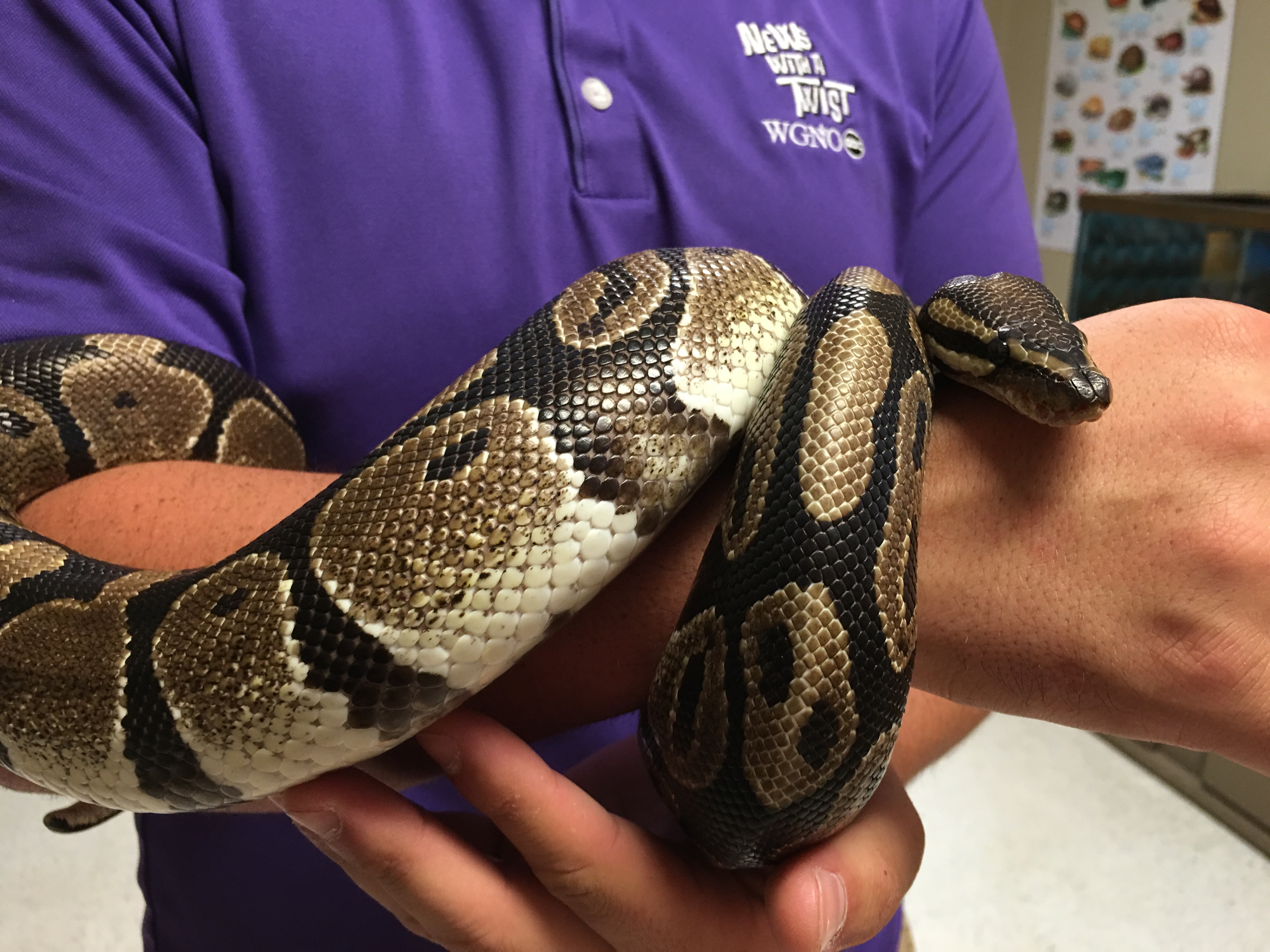 Penelope (a male!) currently lives at the Scranton Nature Center, but he was right at home wrapped around News with a Twist photographer Derek Felton’s arm. It’s only $2 to visit the center, which is at the I.G. Levy Park, a 42-acre mecca for outdoor enthusiasts with a disc golf course, jogging trail and eight lighted tennis courts.

The snakes are kept in cages, but in the nature center’s backyard, you’ll see peacocks and rabbits wandering about.

7. Reflect on the past 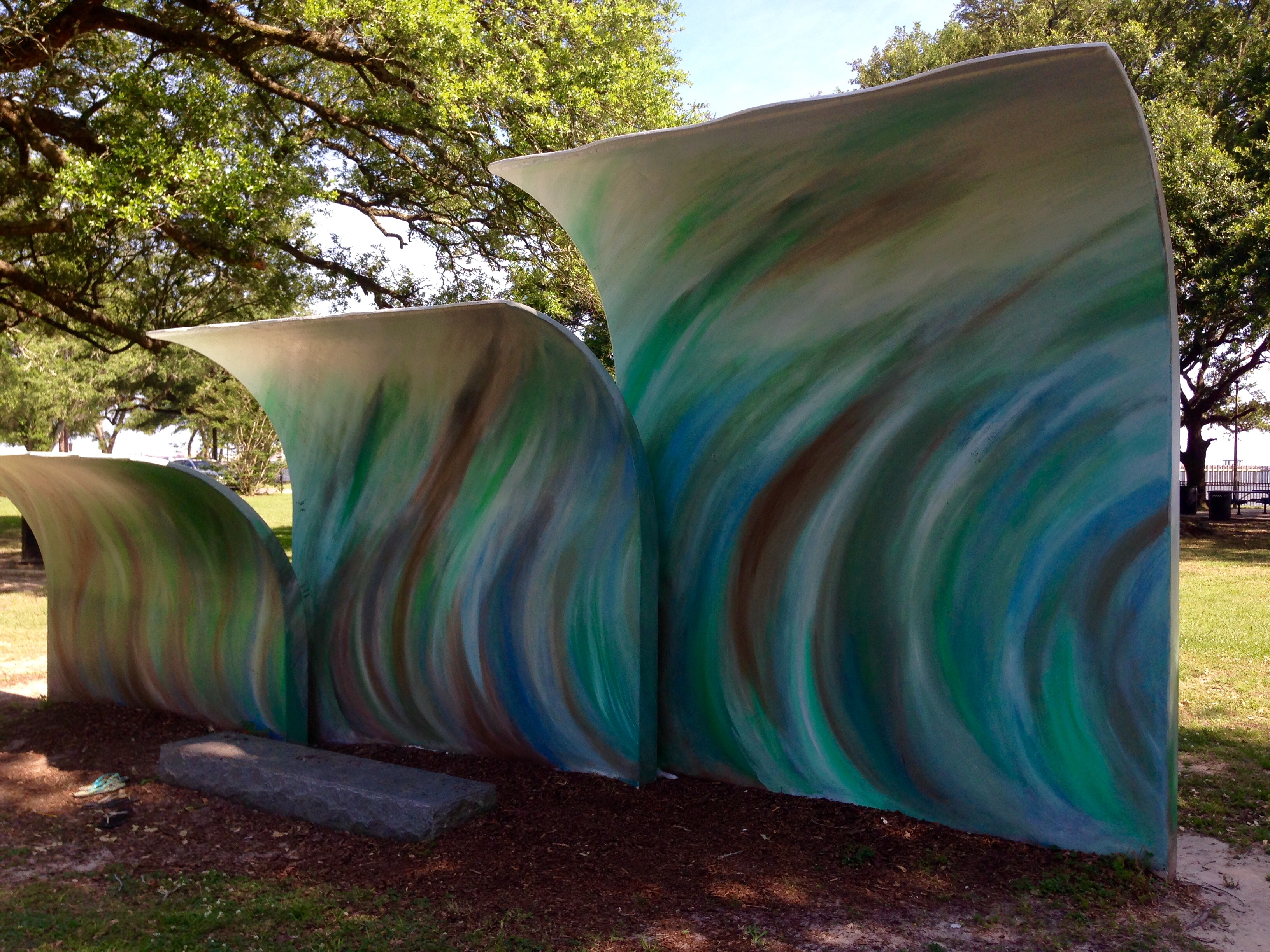 This unique and colorful sculpture represents the waves that surged during Katrina. The aquatic colors blend into the landscape at Beach Park. Nearby, kids play in a fountain on a splash pad — and the public pier and a stretch of white sand are across the street.

The base reads: “May the winds of destruction and the waves of sorrow forever remind us of the opportunity and hope we have found.” It was dedicated on the one-year anniversary of the storm. 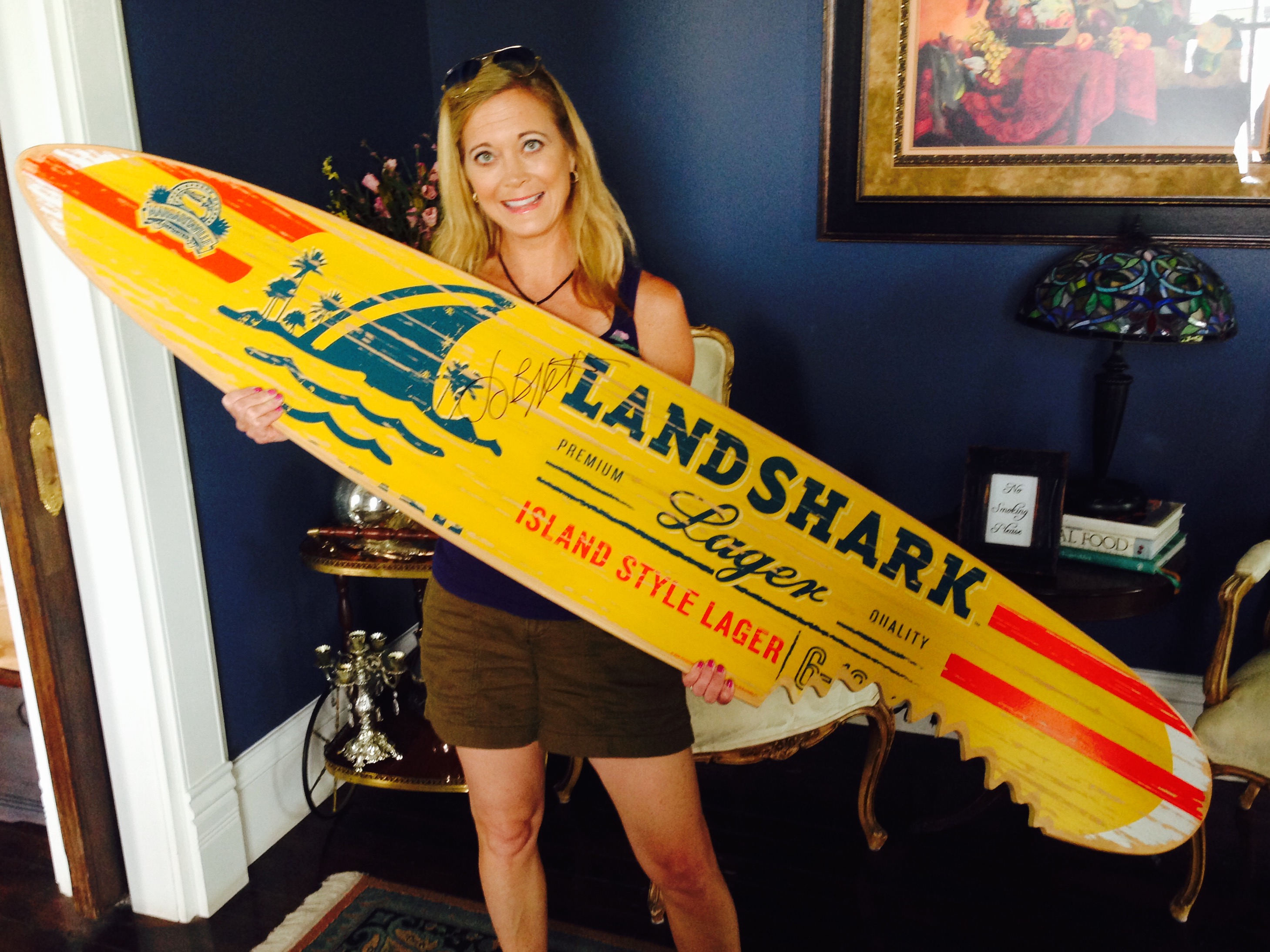 This signed surfboard will likely end up as decoration on the wall of a suite at The Grand Magnolia Suites and Ballroom. Owner Richard Chenoweth says he’s in the process of turning one of his seven elegant suites into a “Jimmy Buffett Suite.”

The beach-loving artist was born here and played a free concert on Pascagoula Beach in September 2015, when the beach and a nearby bridge were named for him. Chenoweth says Buffett did interviews on the porch of the The Grand Magnolia, and he spent a lot of time in the room that will soon become his namesake suite.

Rumor has it Buffett planned the trip around a Saints game in New Orleans!

9. Gaze in awe at the work of Ingalls Shipbuilding 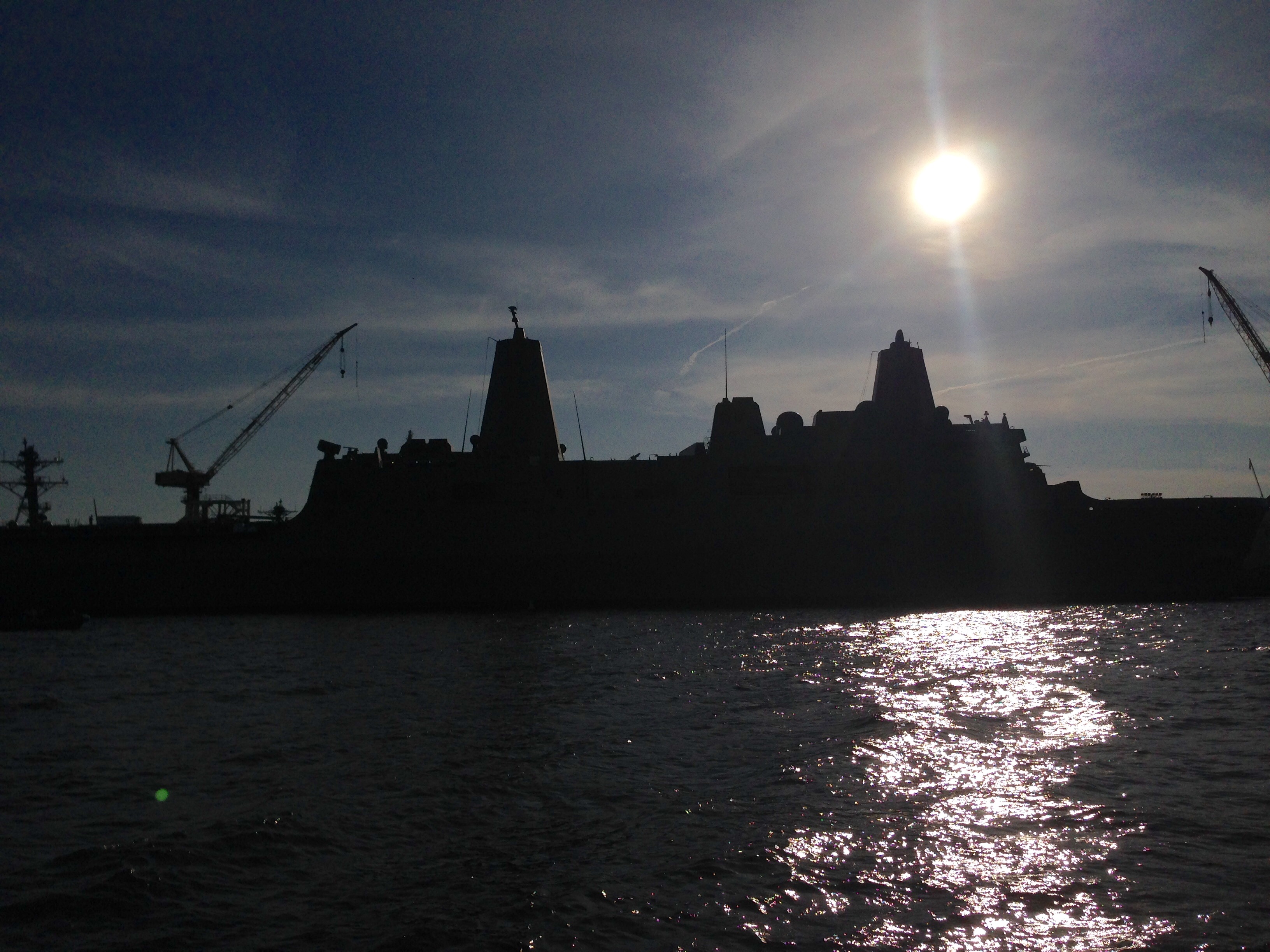 Warships and aircraft carriers are part of the scenery in Pascagoula, where shipbuilding is the No. 1 industry.

Sixty-five percent of the fleet of the U.S. Navy and Coast Guard is built here. 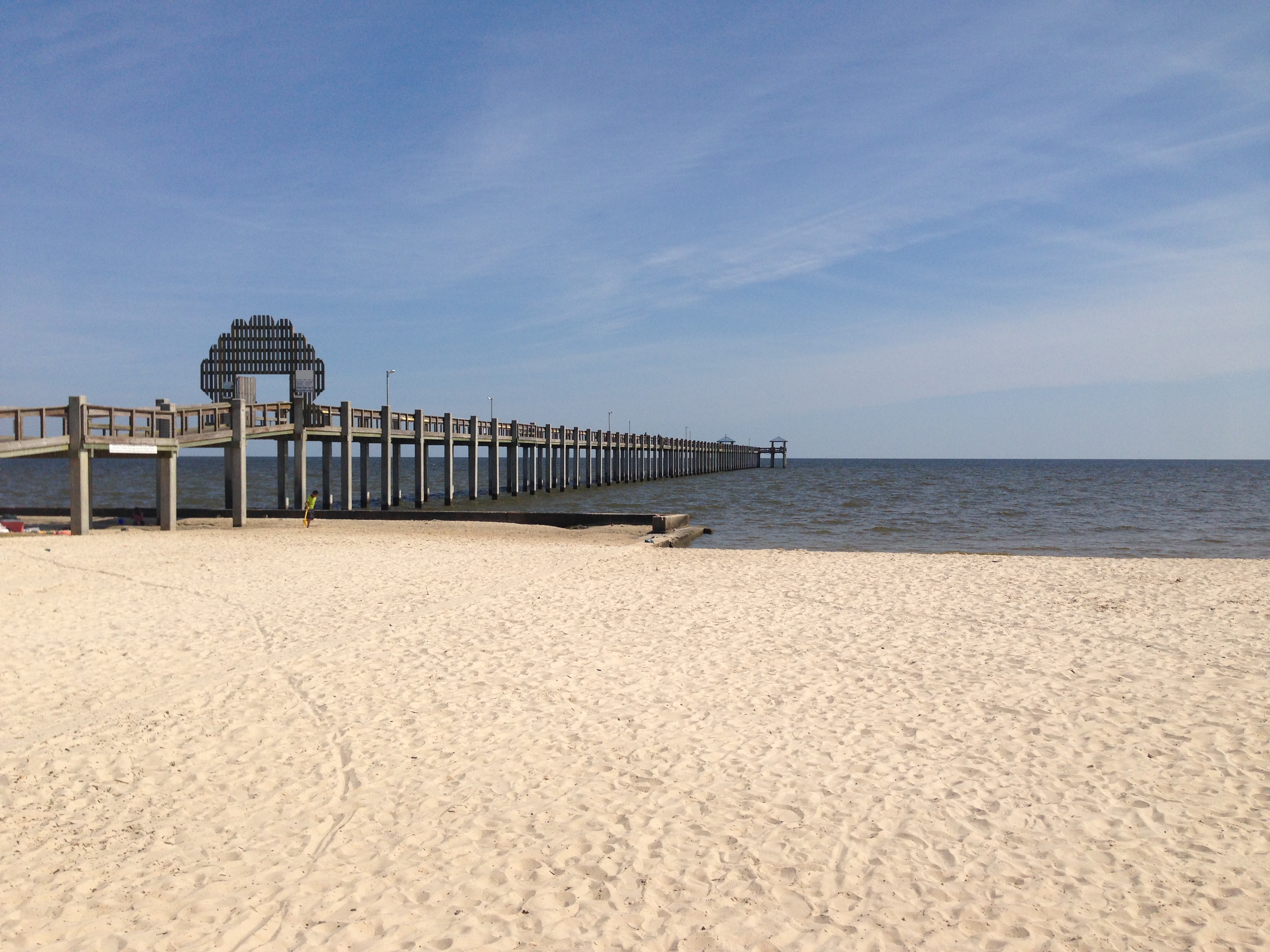 The 1,000-foot Pascagoula public pier is open for fishing any hour of the day, with lights for nighttime anglers.

It’s part of Beach Park, where you’ll also find a splash pad, restrooms, a walking trail, the Katrina Memorial and a concession stand that’s open during the day.

SHREVEPORT, La. (KTAL/KMSS) – Memorial services have been announced for the Caddo Parish deputy who died Friday in a vehicle accident.

The Louisiana Department of Health is reporting a spike in new cases with 4,699 overnight.

BATON ROUGE, La. – Due to the latest surge of COVID-19 positive cases in Louisiana, the Louisiana Department of Public Safety and Corrections (DPS&C) has suspended prisoner visitation and volunteering at Louisiana's eight state-run prisons.

According to a news release, the suspension is effective immediately. The measure was put in place to protect staff and prisoner populations and will be reviewed and the need for the measures will be reconsidered on August 16.

Which COVID-19 test is the best option for you

Some parents scheming ways to get ineligible children vaccinated

Analysis: For Biles, peace comes with a price – the gold

Basketball diplomacy: US, Iran meet on court at Tokyo Games

Even in absence, North Korea’s presence felt at Tokyo Games

‘Bring your house, and share your spouse’ New swingers park opening in Mamou

Which COVID-19 test is the best option for you