NEW ORLEANS (WGNO) - Oscar fever is here with Tuesday's announcement of Academy Award nominees. Hollywood South got a big shout out with the announcement of two nominations for Deepwater Horizon starring Mark Wahlberg.

The film, which was shot in New Orleans, received two nods, one for best sound editing and one for best visual effects.

The critically acclaimed documentary Gleason, which is about former Saints player Steve Gleason, was a finalist in the category for best documentary but unfortunately did not get a nomination.

After two years of harsh criticism for its lack of diversity, The Academy Awards apparently took notice. For the first time ever, a black actor has been nominated in all four acting categories, including actors like Viola Davis for Best Actress along with Octavia Spencer and Ruth Negga. Mahershala Ali has a chance to take home Best Supporting Actor. 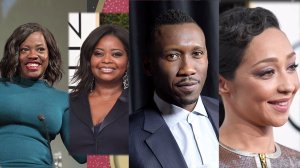 The NOLA-shot Mudbound made a big splash at Sundance Film Festival earlier this month.
Variety reports that the film had a heated bidding war between distributors on who's going to release the film first.
Mudbound stars Jason Mitchell, Garrett Hedlund, and Mary J. Blige.

The drama is about two families - one black and one white - who live on the same farm in the Mississippi Delta around World War II.

NEW ORLEANS - It's been a New Orleans tradition since 1939.

Hansen's Sno-Bliz has been making snoballs.

‘Hoops Green’ has hope. And a basketball

NEW ORLEANS - She sure knows her way around a basketball.

She’s one of only fifteen women ever to play ball with the Harlem Globetrotters.

NEW ORLEANS - There's a first time for everything.

For Nathan Grohmann, it's his first time at Mardi Gras.