SLIDELL, La. (WGNO)- It may not feel like fall yet, but it is and it’s the season for crabbing!  This year the Louisiana blue crabs are bigger than ever and they are being processed at Pontchartrain Blues. 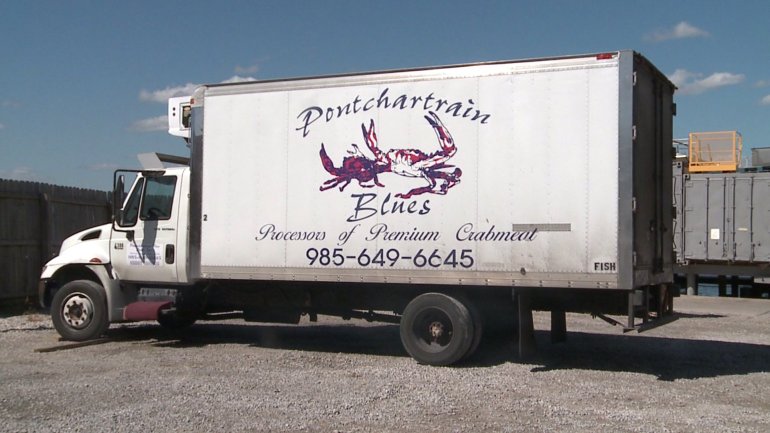 News with a Twist Reporter Kenny Lopez shows you how the crabs get from the lake to your plate! 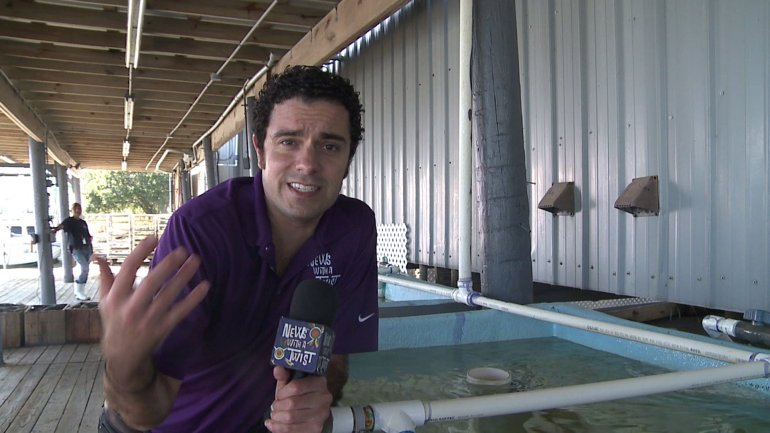 “We go out in a boat around 4 in the morning, put fuel in it, and go run 400 crab traps in these cages,”  Gary Bauer at Pontchartrain Blues said.

At Pontchartrain Blues out in Slidell, they certainly know the ins and outs of processing crabs.  They’ve been doing so for years!  Before they can do anything with these feisty crabs, they need to calm them down first. 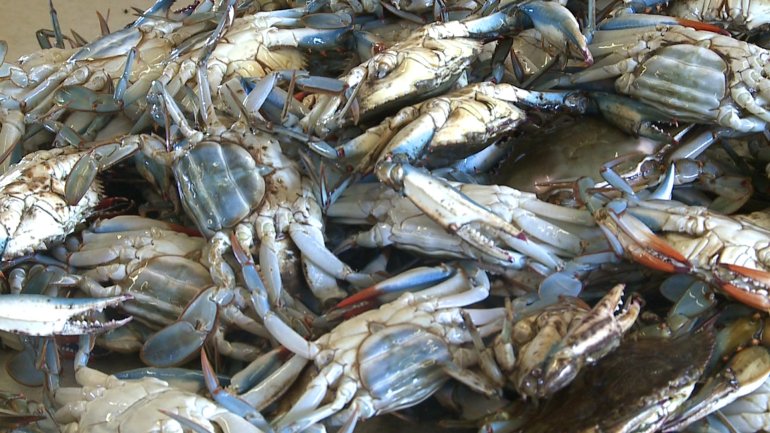 “We need to ice them, so they don’t bite.  The ice calms them down,” he said.

Carefully they then separate the crabs between males and females.

“The female crabs have their finger nails, their claws painted red, like nail polish, and the male crabs are blue.  Also another way to tell is the shape of their shell,” Bauer said. 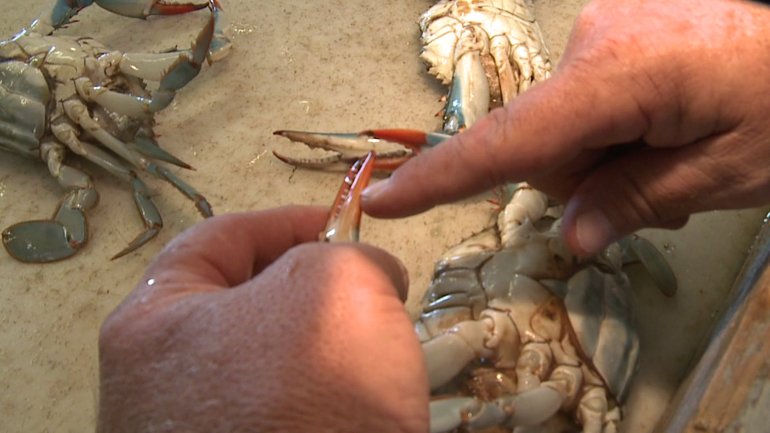 Moving right along, the crabs are then cooked in boilers, then the meat is taken out of the shells.

“The average amount is four pounds of meat taken out in one hour,” he said. 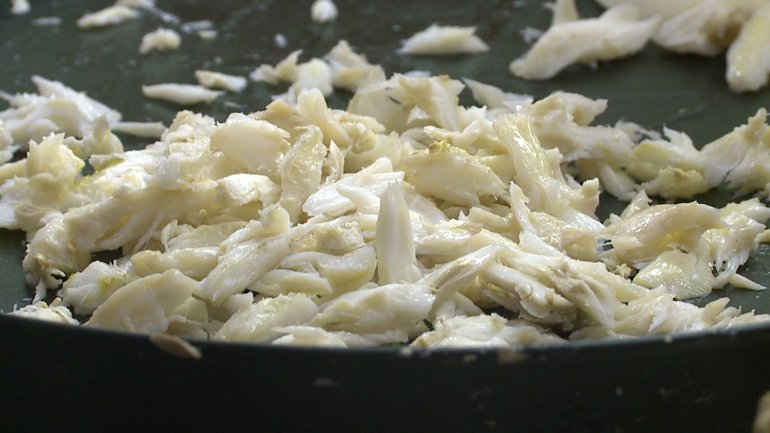 The crabs are weighed and packages and ready to ship out.

“Being here at Pontchartrain Blues really makes you understand the process of crabbing. Sometimes we buy the crabs, or we see them on a plates at restaurants, but we just take for granted some times the whole process,”  Karen Profita, Executive Director with the Louisiana Seafood Promotion and Marketing Board said. 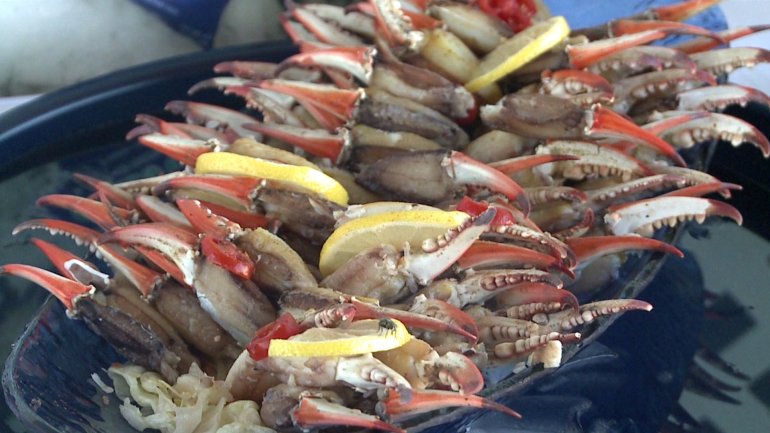 Another fun fact we learned about crabs is why sometimes their crabs are soft versus hard.  We learned that like snakes shed their skins, crabs will shed their shells.  For 8 hours their shells will be soft, so that’s when you can fry up the soft shell crabs. 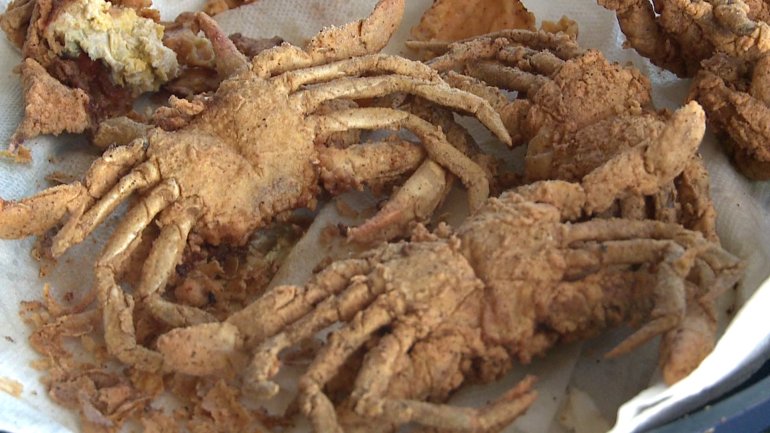 Chef John Folse of Restaurant R’evolution recently visited Pontchartrain Blues, along with others from restaurants and hotels all over the country.  Folse had this to to say about their crabs and the crabbing industry in Louisiana.

HARLINGEN, Texas (KVEO) — The popular animated franchise, Pokémon, is celebrating its 25th birthday and McDonald's is in on the celebration by including Pokémon toys in a Pickachu Happy Meal box. Meanwhile, boxes of the toys are popping up on eBay, leaving fans wondering if they will even have a chance to collect them all.

Pokémon fans, young and old, rushed to the McDonald’s drive-thru on Tuesday to get their hands on a bright yellow Pikachu Happy Meal, containing a pack of four 25th anniversary edition cards.

Popeyes has a new sandwich – this time, fish – and it comes with a guarantee

(NEXSTAR) -- Popeyes is following up its popular chicken sandwich with a fish version, and the restaurant chain is "guaranteeing you will love it."

Starting Thursday, the Cajun Flounder Sandwich will be available for a limited time at restaurants nationwide.

(NEXSTAR) — After a nine-month hiatus because of the pandemic, Peeps are making their return this Easter season.

Candymaker Just Born Quality Confections said Wednesday that there will be new and classic varieties of the candy "hatching this year."