NEW ORLEANS — If you plan to Netflix and chill on Valentine’s Day, we have the most searched and streamed romantic movies by state.

According to StreamingObserver.com, multiple states love Her, Ghost, It Happened One Night, Sense and Sensibility, Silver Linings Playbook and Titanic. Titanic was the most searched for romantic film in the US! 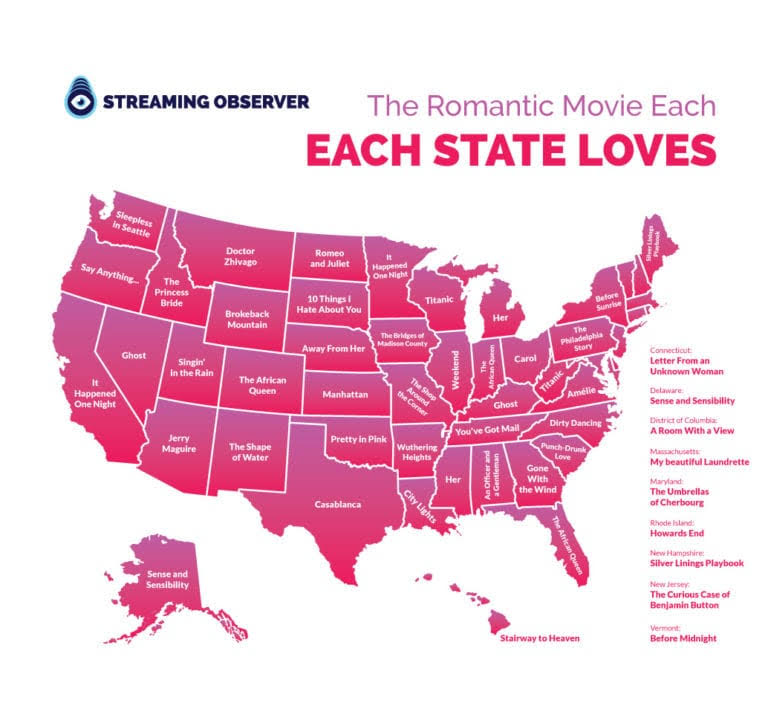 LOS ANGELES (Reuters) — Pop singer Britney Spears spoke out on Tuesday about recent documentaries about her life and career, calling them "hypocritical" because they rehash her personal problems while criticizing the media for reporting them the first time.

SAGAUCHE COUNTY, Colo. (KDVR) — The estranged son of an alleged cult leader who was found mummified and wrapped in Christmas lights in Colorado said he had not expected his mother "to be around much longer."

Seven people with suspected ties to the "Love Has Won" religious group, referred to as a cult, in Saguache County, are facing charges for abuse of a corpse and child abuse after police found the woman’s body in a home in the small, rural town of Moffat.

BATON ROUGE – The Auburn Tigers evened up the three-game softball series with LSU Saturday night with a mid-game outburst that led to a 9-5 decision before a crowd of 1,829 at Tiger Park.

How to get a $50 discount on your broadband bill

What COVID-era travel changes are likely here to stay?

Can COVID-19 vaccines affect my period?

Can COVID-19 vaccines affect my period?