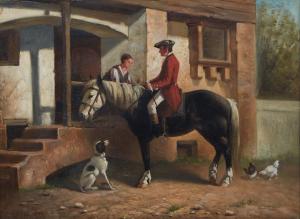 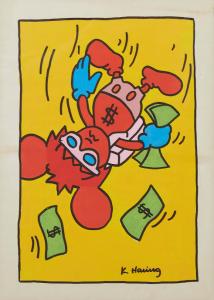 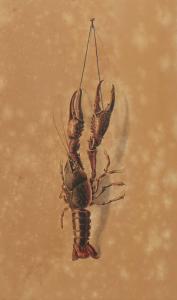 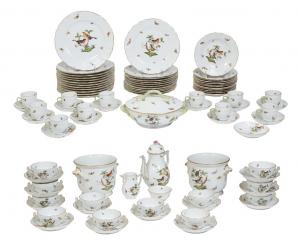 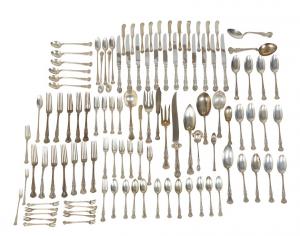 The auction, starting at 10 am Central each day, contains nearly 1,000 lots in many categories. It will be held online and live at the gallery in New Orleans.

The auction, starting at 10 am Central time both days, is loaded with nearly 1,000 choice lots in a wide variety of collecting categories. Bidding is available online, as well as live in the Crescent City gallery at 1330 Saint Charles Avenue in New Orleans. In-person gallery previews will begin on Wednesday, January 11th, from 10-5 Central time. Phone and absentee bids will be accepted.

Keith Haring’s unique pop art emerged from the New York City graffiti subculture of the 1980s. His popularity grew from his spontaneous drawings in Manhattan subways – chalk outlines of figures, dogs, and other stylized images on blank black advertising spaces. The untitled acrylic on paper from 1987, signed, 12 ½ inches by 8 ½ inches, is expected to sell for $6,000-$9,000.

George Louis Viavant was a Louisiana artist who was inspired by the bayous, marshes and lagoons of Southern Louisiana. He painted the birds, fish, and small game that he knew from hunting on the family land outside New Orleans. His watercolor on paper in the auction, titled Nature Morte: Crawfish, measuring 13 ½ inches by 7 ¾ inches, should realize $4,000-$8,000.

The 89-piece set of Herend porcelain dinnerware in the “Rothschild Bird” pattern is estimated to reach $3,000-$5,000. The Herend Porcelain Manufactory was founded in Hungary in 1826. It specialized in luxury hand-painted and gilded porcelain and was purveyor to the Hapsburg Dynasty and aristocratic customers across Europe. Many of its patterns are still in production.

The 110-piece set of sterling flatware by Gorham-Alvin in the “Cambridge” pattern, produced in 1899 and weighing 106.59 troy oz., carries a pre-sale estimate of $2,000-$4,000. The Alvin Mfg. Company was founded in 1886 by William H. Jamoneau in Irvington, N.J. Several name changes later, the firm’s assets, dies and patterns were all purchased by the Gorham Corporation in 1928.

An oil on canvas painting by Charles Meer Webb (English/German, 1830-1895), titled Englishman on Horseback (1886), 11 ¼ inches by 15 ½ inches, should fetch $1,500-$2,500. Webb was born in London but was active and lived in England, the UK, Holland and Germany. He was known mainly for his 19th century depictions of aristocratic figures and genre paintings.

A diminutive oil on board Beach Scene by Niek Van der Plas (Dutch, b. 1954), 4 ½ inches by 6 ½ inches, should settle at $600-$900. Van der Plas is known for land-city-seascapes and beach scenes. He paints impressionist scenes of Holland's beaches and dunes, bulb fields, city scenes in Amsterdam and Maastricht, and typically Dutch vistas such as the harbors of Old Dutch towns.

An oil on canvas depiction of a Cabin in the Swampy Woods by Robert Malcolm Rucker (La., 1932-2001) is estimated to finish at $1,500-$2,500. Also, Rucker’s oil and gold leaf on canvas titled Goldleaf Still Life of Flowers should achieve $700-$1,200. Rucker was an impressionist artist. At age sixteen he opened his first art gallery in the French Quarter section of New Orleans.

Internet bidding will be provided by LiveAuctioneers.com, Invaluable.com and BidSquare.com. Absentee and phone bids will be accepted until 1 pm Central time the day before the auction. A 25 percent buyer’s premium will be applied in-house (three percent discount for cash or check). A printed catalog is available; call 504-529-5057 or email info@crescentcityauctiongallery.com.

Crescent City Auction Gallery is always seeking quality consignments for future auctions. To consign a single item, an estate or a collection, you can call them at (504) 529-5057; or, you can send an e-mail to info@crescentcityauctiongallery.com. All phone calls and e-mails are confidential.

For inquiries or corrections to Press Releases, please reach out to EIN Presswire.
✕
× Close Ad