"The Offspring -- Greatest Hits" To Be Released For The First Time On Vinyl, July 29, With Tours of North America, Europe, Japan, And More On Tap

LOS ANGELES, May 20, 2022 /PRNewswire/ -- Iconic Orange County punk band The Offspring was formed in Garden Grove, CA, in 1984 by lead singer Dexter Holland, who also became a licensed pilot and a USC graduate with degrees in molecular biology. The band signed to leading Los Angeles indie label Epitaph for their Smash album, scoring a hit single in "Come Out and Play," which led to a major-label bidding war and a subsequent deal with Columbia Records. 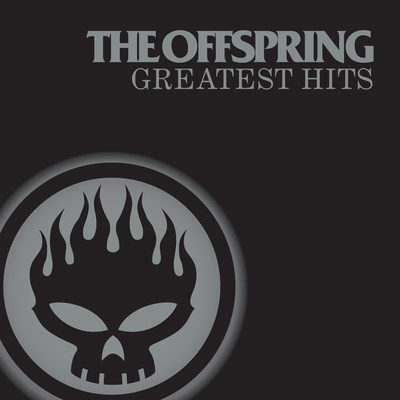 The Offspring sold the rights to their music publishing and Columbia catalog to Round Hill Music in 2016 and will be releasing their 2005 Greatest Hits album on vinyl for the first time on July 29th.    There will be three different versions available: a black LP with a lyric insert / a limited-edition picture disc that features the band's iconic flaming skull / and an exclusive limited-edition version that boasts a slipmat with the same logo. Preorders for all three will start on May 20th.   The band did a limited advance release of the Greatest Hits vinyl on April 23rd in celebration of this year's Record Store Day. Pre-order The Offspring, Greatest Hits here: http://theoffspring.lnk.to/greatesthitsPR

The Greatest Hits featured many of the band's hit singles, including;

"Original Prankster" / "Want You Bad" (Conspiracy of One)

The song "Can't Repeat" is also included in the collection and was the compilation's first single, peaking in the Top 10 on both Billboard's Modern Rock Tracks and Mainstream Rock Tracks charts. In addition, Greatest Hits climbed to #8 on the Billboard 200, selling 70,000 copies in its first week of release, and certified both gold and platinum by the Recording Industry Association.

The Offspring are currently on their Let The Bad Times Roll Tour. It includes American dates, European festivals in June, and visits to Canada, Japan, and Brazil for summer performances, with additional dates in additional countries to be announced shortly. A confirmed touring schedule is below or available on Offspring.com.

Dexter Holland returned to his alma mater on May 14 to deliver an inspiring commencement speech for the USC Keck School of Medicine, speaking to recent Ph.D., MPH, and MS graduates.

The band continues to be active on social media, posting a series of "How To" videos on YouTube, which includes a primer on how to fly a fighter jet, as well as Cockpit Karaoke, a take-off on the James Corden routine in which Dexter and Noodles sing "Come Out and Play" while airborne. Also available online is the 2022 Tour Trailer   https://www.youtube.com/watch?v=MbreP-FHPW8