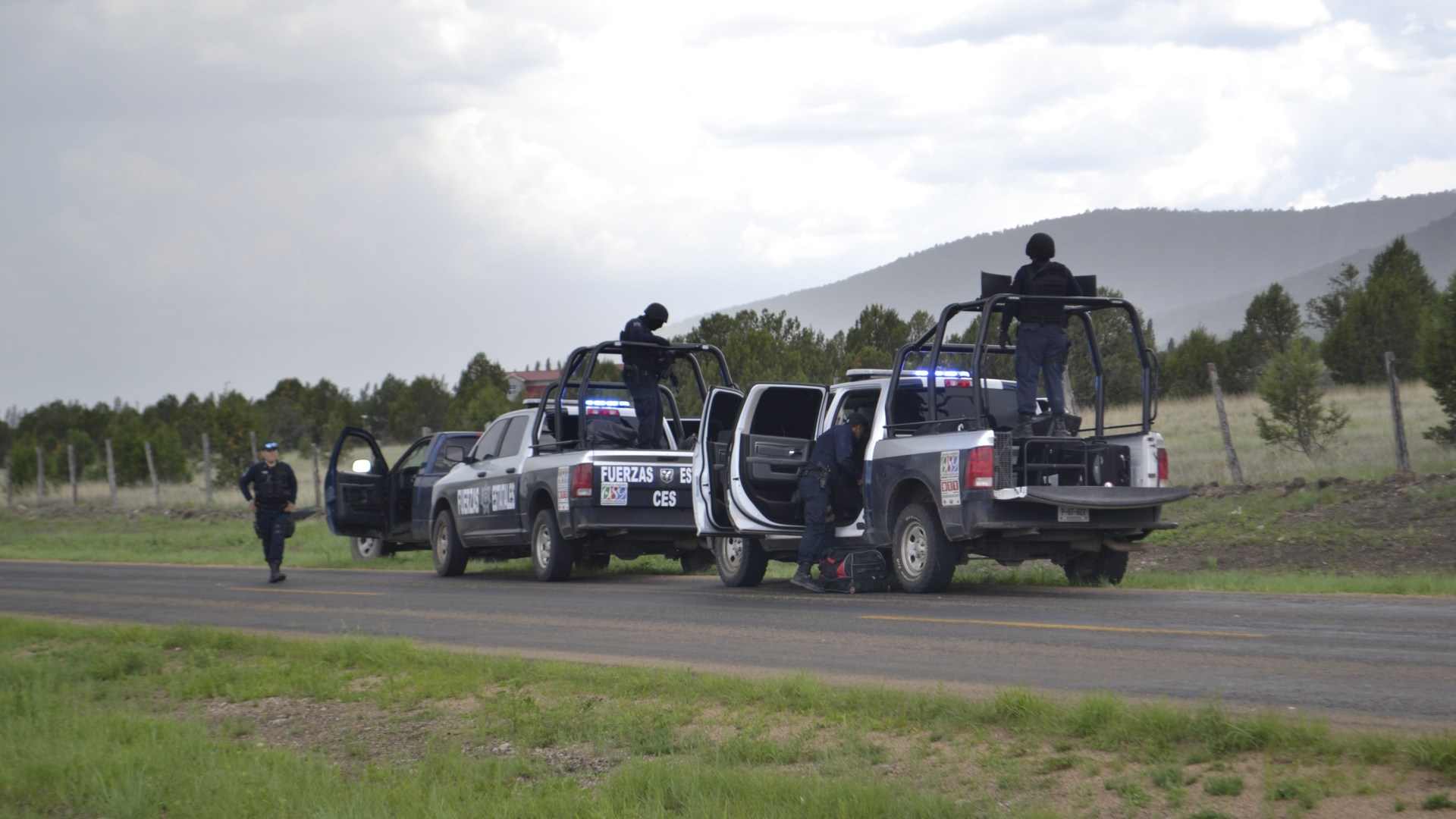 EL PASO, Texas (Border Report) — The government of Chihuahua has sent police officers to assist the Mexican government in patrolling the border with Sinaloa state, where drug traffickers engaged in widespread fighting with soldiers on Thursday.

The goal of the state officers, the National Guard and the Federal Police will be to keep out members of criminal organizations who may try to sneak from Sinaloa into Chihuahua, said Oscar Alberto Aparicio Avedano, director of the state’s Security Commission.

The State Police will also assist the Mexican government in locating some of the 51 convicts who were set free from Sinaloa state prisons during Thursday’s gun battles, Aparicio said in a news release.

Chihuahua state officers will staff checkpoints in communities near the Chihuahua-Sinaloa border and the state will boost operations in outposts near the mountain city of Madera, Aparicio said. “Our governor has asked us to set up these checkpoints and to collaborate with our neighbors in Sinaloa,” he said.

The Chihuahua-Sinaloa border extends over 100 miles of mostly mountain or hilly terrain. The region is part of an area known as Mexico’s Golden Triangle, a drug-growing region encompassing portions of Chihuahua, Sinaloa and Durango.

Chihuahua Gov. Javier Corral on Friday said he supports the efforts of Mexican President Manuel Andres Lopez Obrador to rein in criminal organizations. “We have offered our support to the federal government and to the President. … We support the government’s decision to strike at the nerve center of national drug trafficking operations which also spreads into other states like ours,” Corral said.

He added that police forces in Chihuahua have been on a state of alert since Thursday night.

Corral weighed in on the controversy. “Were there mistakes? Yes, but if things didn’t go well yesterday, they may go well further down the road. What is important is to not give up in the disruption, the break up of this cartel’s operations,” he said. “That cartel (Sinaloa) is a danger to the whole country, so we will offer cooperation” to the federal government.

Visit the BorderReport.com homepage for the latest exclusive stories and breaking news about issues along the United States-Mexico border.